The latest GLOBE project is the first large-scale study of CEOs and Top Management Team (TMT) members across cultures and countries. The influence of societal culture remains a consistent theme in this project as well as within all GLOBE research. Complete reports of this project can be found in Strategic Leadership across Cultures: The GLOBE Study of CEO Leadership Behaviors and Effectiveness in 24 Societies

GLOBE researchers were interested in how a society’s culture influences leadership behaviors expected in that culture and whether leadership success depends on a CEO matching his/her leadership style to these societal expectations. To answer this question as well as many others, more than 70 GLOBE researchers collected data from over 1,000 CEOs and over 5,000 senior executives in corporations in a variety of industries in 24 countries. Our findings reinforce the importance of CEOs to organizational outcomes, the considerable influence of culture on societal leadership expectations, and the importance of matching CEO behaviors to the leadership expectations within each society. This massive GLOBE study provides convincing evidence as to which leadership behaviors are likely to be most successful and which should be avoided.

The latest phase of the GLOBE program was designed to focus on the following four key questions:

Almost 70 researchers collected data from over 1,000 CEOs and over 5,000 senior executives in corporations in a variety of industries in 24 countries. This sample of countries represents cultures in almost all cultural regions of the world. The goal was to have a minimum of 40 CEOs from each country which were selected from a wide variety of industries. For the quantitative (i.e., research survey) portion of the study, each CEO was required to have between six and nine TMT members reporting to him/her. In addition to employing survey research with its quantitative emphasis, qualitative methods were employed where each team of multinational researchers held personal interviews with CEOs in their respective countries.

Summary of Key Findings Related to the Four Questions of Interest

How does national culture influence the kinds of leadership expected in a society?

In answering this question, we posited that societal culture values would influence both societal leadership expectations and CEO leadership behavior directly (see Figure 1 below). However, the GLOBE CEO project found that cultural values indirectly predict behavior through the manifestation of culturally endorsed leadership expectations—values themselves do not directly predict behaviors (see Figure 2 below). Leaders learn what is expected in a culture and operate in a socially desirable fashion. For instance, cultures that value Performance Orientation (a major cultural dimension) such as the United States and Germany expect leaders to be participative, and it was these leaders who showed some of the highest levels of participative leadership.

Table 11.2 below shows how each of the significant primary leader behaviors impact Top Management Team Dedication (TMT Dedication) and Firm Competitive Performance. For example, notice that all six of the primary dimensions of Charismatic leadership are important—in particular, the most influential primary behaviors are visionary, inspirational, integrity, and performance-oriented leadership. Perhaps unexpectedly, administrative competence also proved to be quite significant in impacting both TMT Dedication and Firm Performance.

We found that the most successful and least successful CEOs can be differentiated by their leadership behaviors with the successful being more visionary, performance oriented and the like. Figure 11.20 below compares extremely effective CEOs (high TMT dedication and high firm performance) with those CEOs who are inferior (low TMT dedication and low firm performance). The dark blue bars show the average score of successful CEOs; the light blue bars show the average score of inferior CEOs. Both groups are from a variety of countries in our sample of over 1,000 firms in 24 countries. Note that to produce extraordinary firm results, CEOs must perform the Mission Critical Leadership Competences at very high levels. Also note that as a group, inferior CEOs still perform these critical behaviors to some extent, but not nearly to the degree of the superior CEOs—the key to success is the degree to which CEOs enact these behaviors. (see Figure 11.20 below).

How important is it that CEO leadership behaviors match the leadership expectations within a society?

GLOBE’s major hypothesis was that the fit between a CEO’s behavior and his/her society’s leadership expectations will predict the CEO’s effectiveness. The results are clear. The “fit” (or match) between the CEOs behavior and the leadership expectations within a society predicts the level of TMT Dedication and Firm Competitive Performance. Better fit with expectations gives the CEO better results in terms of the TMT Dedication and Firm Performance.

Implications for Domestic and Global Leaders

Our findings have important implications for senior executives and leaders across countries. Our work should be helpful to executives who are leading corporations in any of the participating countries. They need to know what is expected in their society. In addition, executives who have global responsibilities, managing operations across countries, need reliable information as to what their employees and colleagues in different countries expect from their leaders.

In summary, to produce extraordinary results, global leaders need to understand and exceed the leadership expectations in the cultures they are interacting with. The information provided in this project should be useful for senior executives aspiring to, as well as leading organizations within and across cultural boundaries. Because talent acquisition and development are critical functions in modern organizations, HR directors should also be able to use these GLOBE findings in creating maximally effective selection systems and management development programs.

The GLOBE books represent results from a twenty-year research program investigating the influence of culture on societal and organizational effectiveness. Our latest book showcases our examination of strategic leadership effectiveness for top-level management based on data from more than 1,000 CEOs and over 6,000 top-level managers in 24 countries. 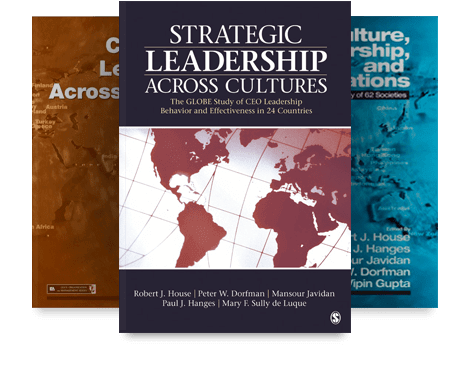 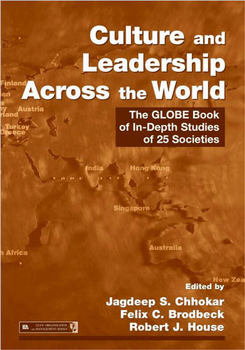 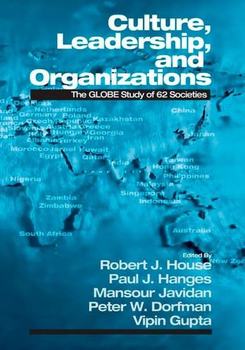 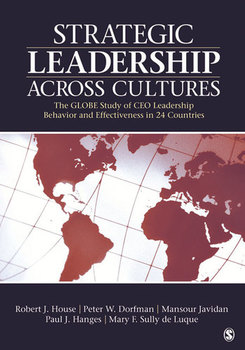